Bakkt and Fidelity in crypto space 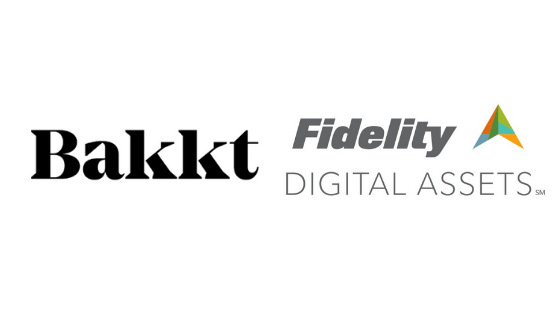 Update: Bakkt announced that they will launch on January 24, 2019.

What do we know so far?

Bakkt is startup launched by Intercontinental Exchange (the 2nd largest owner of financial exchanges in the world) and its main goal is to transform Bitcoin into a trusted global currency with broad usage (trade, store & spend). To reach this goal, Bakkt is partnering with Microsoft, Boston Consulting Group and Starbucks. Bakkt will start by offering physically – settled bitcoin future contracts where the buyers of future contract will receive the actual amount of Bitcoin the next day (one contract = one Bitcoin). The start of future trading is the 12th of December.

What details are still missing?

Bakkt has not announced when and how they will work on the “spending” part. The paperwork has still not been published, however, it will as they must get a CFTC approval to trade futures (if the start of future trading is the 12th of December then Bakkt has to submit the paperwork to CFTC due to the 11th of December).

What can we expect?

Knowing that such a highly respected institution in a financial industry is entering crypto space possibly will increase the confidence and attract more institutional investors. The effect will be strong on the supply of Bitcoin since Bakkt is delivering the actual Bitcoin rather than other future markets like CME & CBOE which only deal in cash-settled futures.

The main criticism toward Bakkt is that they may have a hidden leverage. However, the CEO Kelly Loeffler have addresses this in one of the posts and stated that all bitcoin trades will be fully prefunded and no use of any leverage will be allowed. However, we all know that Wall Street financializes scarce assets.

There is a chance that Bakkt will be late to start future trading as the negotiation with CFTC may take a few months (CME launched 17 days later than expected, while CBOE was 9 days late).

To be the first to find out the news on the process of getting an approval keep your eyes on the CFTC website. While the paperwork will be stored on https://sirt.cftc.gov/sirt/sirt.aspx?Topic=TradingOrganizationProducts

What do we know so far?

Currently Fidelity is partners with Coinbase so, investors who are users of Coinbase can see their cryptocurrency investment in their Fidelity portfolio.

What can we expect?

Currently, Fidelity has 7.2 USD trillion dollars of assets under management so, if at least 1% of them would shift to Bitcoin that would increase Bitcoin market capitalization by 72B USD (the current Market Cap of Bitcoin is 113B USD). The most recent Fidelity Global Institutional Investor Survey showed that 70% expect new asset classes to emerge from technology such as cryptocurrencies, therefore, some percentage allocation to cryptocurrency is expected.

Bakkt and Fidelity entering the space definitely attracts more attention from sophisticated investors. Bakkt will start with physically settled futures which will have a direct effect on the supply of Bitcoin and later on they will work on the retail part. While Fidelity will help their institutional investors execute orders or safely store their crypto assets.